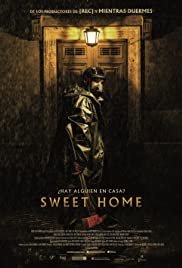 A couple decides to spend a romantic evening in a floor of a semi-abandoned building that slip because she works as a consultant for the council house and got the keys. During the evening they discover that a hooded murderer is the only tenant left in the building...and they have become the new target.

Alicia is a young real estate broker who stumbles on an old apartment building, where she plans a secret and romantic meeting with her boyfriend Simon.

But they don't know, that the lessor has sent some murderers to kill the last remaining tenant.

When Alicia and Simon catching them in the act, they are forced to run, hide and fight for their lives.